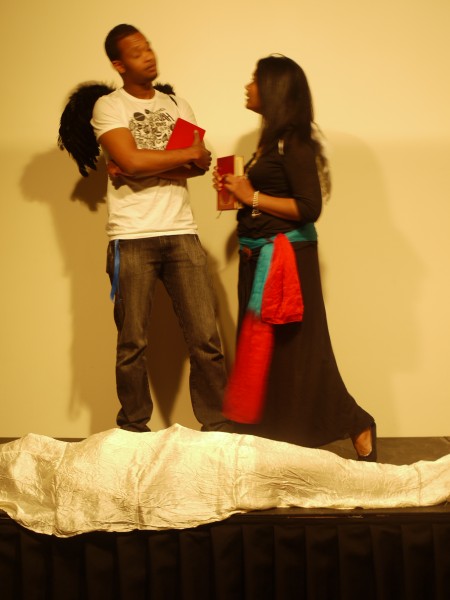 Voice Arts Trust was invited by the Museum of Wellington to facilitate the creation of a performance piece that would support the community led exhibition “Death and Diversity” and further engage the various communities involved.

The project was characterised by a tremendous diversity amongst the participants across age, culture, gender, religious belief and experience of theatre making. Over a six-month period the group researched, devised and then performed a 40-minute performance in the gallery space at the Museum of Wellington City and Sea. All the material came from the actor’s own research and much of the writing was also that of the participants. “At Circle’s End” was performed to sold-out audiences during a six-show season in late November.

Help us give Voice to those in our community who are often unseen and unheard.